My new album LIQUIDPUNK dropped June 25th 2019 at 1PM CST both digitally and on CD through the label Asura Revolver. The album has 8 tracks of the kinda techno music I make, definitely a sound return from the vaportrap/cyberpunk stylings of Generative Being, and more akin to the music heard on Throatless or Cybersmog. I should also have physical copies of the album with me on tour in July.

You can stream, download, and buy to the album here:

You can watch the promo video here:

You can listen to the single “LINE EATER” here:

Being spawned from an internet swamp of tekno and twisted melodies, ARGIFLEX is debuting on Asura with an album that is a tribute to her origins as an seapunk test tube baby and her continued experimentation of live raw performance.

Having debuted on the compilation ‘United by Shadow’, with a ferocious track that saw her getting paired with THUGWIDOW. After hearing the results and the glowing response for it, it was no wonder we got in touch with ARGIFLEX, having a shared appreciation of raw live performance and off-kilter internet aesthetics she got quickly working on LIQUIDPUNK.

Taken as a live set, LIQUIDPUNK sees ARGIFLEX in her element conjuring up carbonated tunes as she quickly twists elements of acid, techno, ambient, idm and more into her raw build up as she quickly goes from the next to another in an intense drawn out wildfire of an album. Like a blooming ooze that slowly eats away into a black hole, into the hyper unknown. This album is the visceral beauty in its purest.

Tying into the whole package is the artwork made by the artist herself, showing a beautiful but surreal landscape of floating shapes and rock formations being bathed in purple and blue colouring, as a nod to her past as an seapunk artist and her continued growth of an internet music genre carnivore she has fittingly titled the album LIQUIDPUNK. To show that is might be the sound of a gone-by past being taken into the new future. 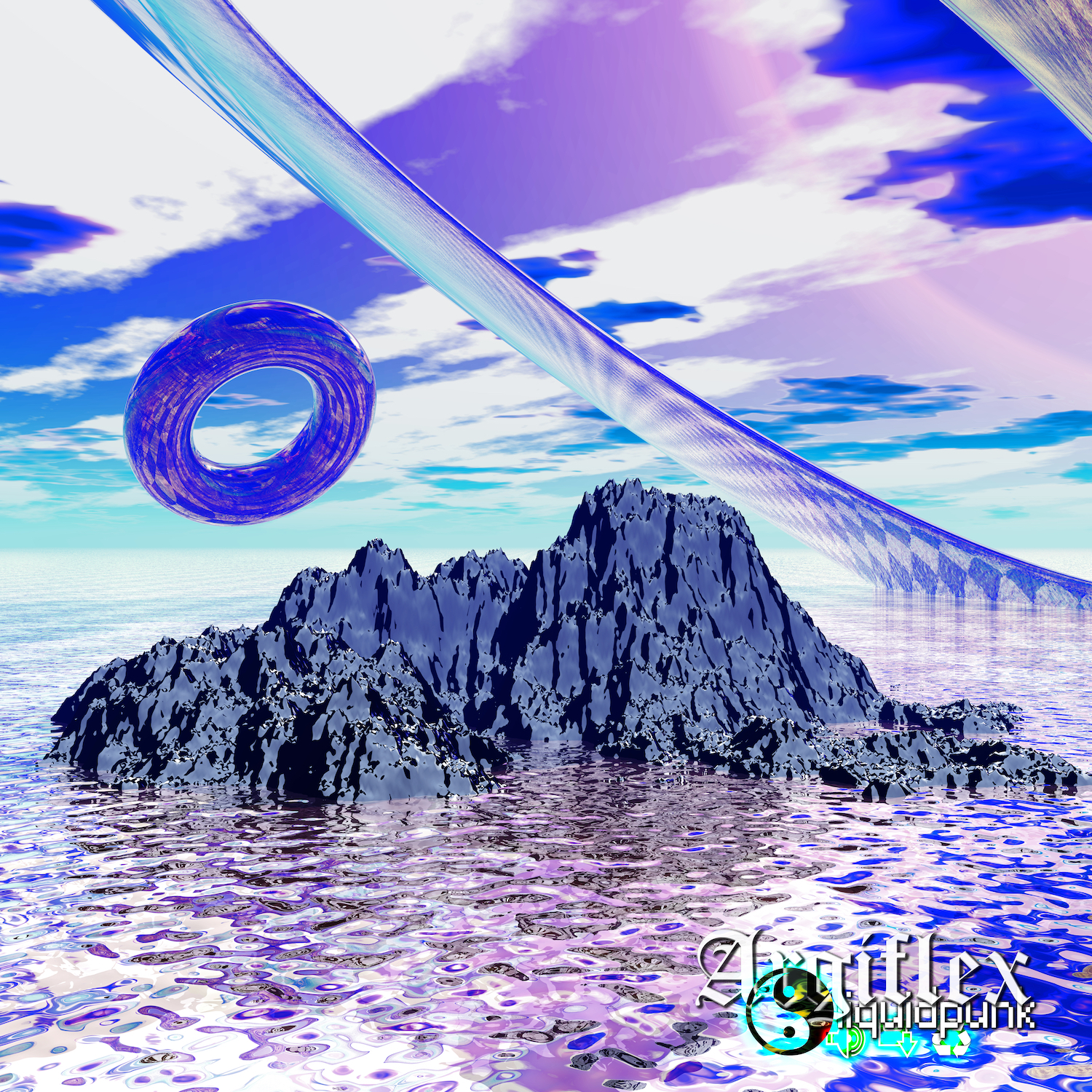